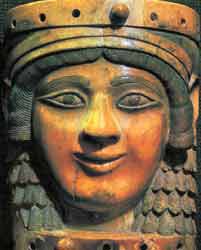 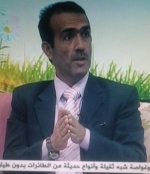 A Farewell to Arms is a 1932 American drama film directed by Frank Borzage. The screenplay by Oliver H.P. Garrett and Benjamin Glazer is based on the 1929 semi-autobiographical novel of the same name by Ernest Hemingway.

Set in Europe during World War I, the plot focuses on the tragic romance between Frederick Henry (Gary Cooper), an American ambulance driver serving in the Italian Army, and English Red Cross nurse Catherine Barkley (Helen Hayes). Major Rinaldi (Adolphe Menjou) envies their relationship and has Catherine transferred to Milan. When Frederick is wounded in battle, he finds himself in the hospital where Catherine works. They continue their affair until he returns to battle. Now-pregnant Catherine settles in Switzerland, and when her many letters to Henry remain unanswered because his responses are held up by the censors, she assumes he has abandoned her. As the Armistice nears, Frederick journeys to Switzerland to find Catherine, who dies in childbirth with him at her side.

In his review in the New York Times, Mordaunt Hall said, "There is too much sentiment and not enough strength in the pictorial conception of Ernest Hemingway's novel . . . the film account skips too quickly from one episode to another and the hardships and other experiences of Lieutenant Henry are passed over too abruptly, being suggested rather than told . . . Gary Cooper gives an earnest and splendid portrayal [and] Helen Hayes is admirable as Catherine . . . another clever characterization is contributed by Adolphe Menjou . . . it is unfortunate that these three players, serving the picture so well, do not have the opportunity to figure in more really dramatic interludes."

Dan Callahan of Slant Magazine notes, "Hemingway . . . was grandly contemptuous of Frank Borzage's version of A Farewell to Arms . . . but time has been kind to the film. It launders out the writer's . . . pessimism and replaces it with a testament to the eternal love between a couple."

Time Out London calls it "not only the best film version of a Hemingway novel, but also one of the most thrilling visions of the power of sexual love that even Borzage ever made . . . no other director created images like these, using light and movement like brushstrokes, integrating naturalism and a daring expressionism in the same shot. This is romantic melodrama raised to its highest degree."

Channel 4 describes it as "an excellent adaptation . . . the two leads are ideal and irresistible here, particularly a reliably sensitive Cooper, who milks his everyman appeal to great effect."